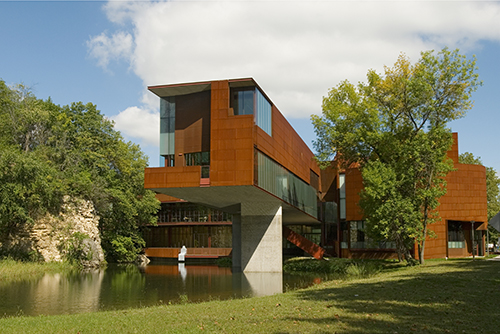 Art Building West (ABW) was designed by New York architect Steven Holl. The building opened in 2006 only to be flooded in 2008. ABW reopened for classes in January of 2012. This extraordinary facility has received numerous awards, including:

Watch a video of students talking about their experience in Art Building West.
Watch the ABW Video Tour with Steven Holl. 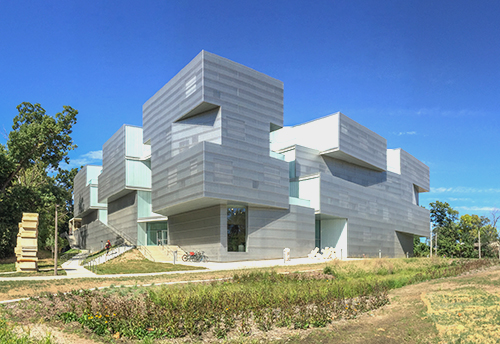 Steven Holl Architects in collaboration with BNIM Architects, won the commission for the Visual Arts Building for the University of Iowa. The new building replaces the 1935 Art Building, which was heavily damaged during a flood of the University of Iowa campus in June 2008. The new building is directly adjacent to and northwest of Art Building West and at least two feet above the 500-year flood line.