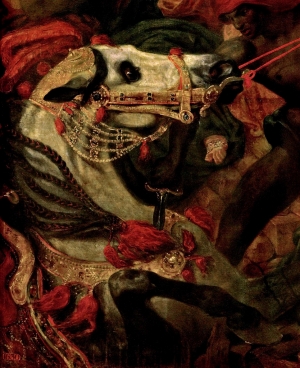 Aaron Wang is a PhD student with a focus on nineteenth-century French and German art. He received his B.A. in Sociology from the University of Nebraska, Omaha and his M.A. in Art History from the University of Iowa. For his doctoral dissertation, he is interested in how French and German caricatures around the Franco-Prussian War reflected and propelled the rise of nationalism and the legitimization of violence. Previously, he focused on French Romanticism during his master studies; his M.A. qualifying paper, "The Death of Sardanapalus as a Manifesto of Romantic Imagination," explores Delacroix's intentions behind Sardanapalus by examining its spatial and narrative inconsistencies and its iconographical breach with academic conventions.