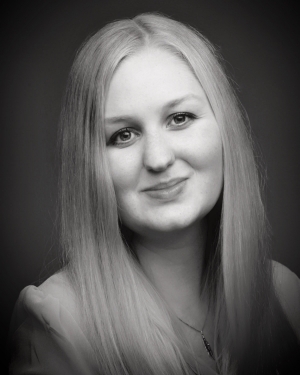 Jessica Davis is a PhD candidate majoring in modern/contemporary art with minors in African art and 18th/19th century European art. She is particularly interested in German art of the interwar period and how it relates to gender and sexuality. Jessi received her B.A. in Art History from Stephen F. Austin State University in 2012, and her M.A. in Art History from Texas Tech University in 2014, from which she was the first to graduate from their inaugural program. Jessi's master's thesis, "Violence on Canvas: A Representation of Inner-Turmoil, or, An Analysis of Otto Dix and his Lustmord Series" focuses on the German artist Otto Dix's potential intent behind his gory, post-war series of mutilated women.

Since graduating with her MA, Jessi has taught art history at Columbia College in Fort Worth on the NAS Joint Reserve Base. In her spare time, Jessi likes to collect antique clothing and accessories from 1928-1931, which she then models every summer for the Model A Ford Club, an antique car club her family participates in on a local and national scale. Jessi has a 1966 Ford Mustang that she helped her dad restore when she was 16, and an unrestored 1931 Model A Coup that is a future project.