Julie Berger Hochstrasser earned her BA with Distinction in History of Art from Swarthmore College, and at the University of California Berkeley she completed the MA in Renaissance Art and the PhD in Baroque, specializing in 17th-century Dutch Painting. She has held fellowships from Fulbright to the Netherlands, the Center for Advanced Studies in the Visual Arts in Washington D.C., and the American Council of Learned Societies as Burkhardt Fellow at the Center for Advanced Study in the Behavioral Sciences at Stanford University. Her teaching addresses history and techniques of Dutch and Flemish painting, history of the print, and global issues in visual culture with special regard to Dutch colonial history.

The author of Still Life and Trade in the Dutch Golden Age (Yale University Press, 2007) and numerous book chapters and catalogue essays on topics ranging from still life and landscape to the impact of Dutch visual culture throughout the world, Dr. Hochstrasser has lectured widely, from Amsterdam, Leiden, and Wassenaar in the Netherlands, to London and Cardiff (Wales), to Paramaribo (Suriname), Melbourne (Australia), and Taipei (Taiwan). She has served on the Executive Boards of both the Historians of Netherlandish Art and the American Association of Netherlandic Studies. For her current research project, "the Dutch in the World," she has circled the globe to investigate art and visual culture in key sites of early modern Dutch trade throughout the Americas, Africa, and Asia. 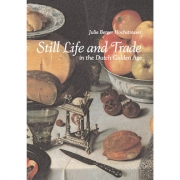