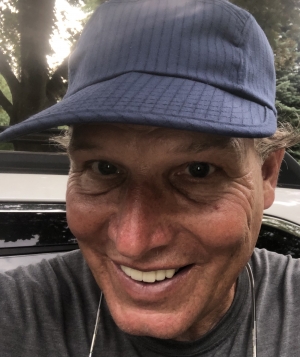 Situated on the North American and Eurasian tectonic plates, Iceland is dominated by huge glaciers, black ashen deserts, and tremendous structures left by basaltic lava flows. A fault line that follows the rift zone bisects the island. In the project Design, Build, Ride: Iceland, I trace the rift zone, by single speed bicycle. This route, permeated by the work of the North American and Eurasian tectonic plates separating (rift) over eons, runs through a world of enthralling desolation and rapturous beauty - the Icelandic Highlands.  The central interior highlands are a stunning visual realization of rift zone geology. There are three volcanic zones in Iceland and the route traverses all three. For the project I use a titanium bike made to ride the geographical and geological wonder of Iceland. Single speed.

Every project unfolds into others, and this Iceland trip follows a 3-year project some years back. 2001- 2003, with support of the University of Iceland University of Iowa Exchange, I did the project, Icelandic Sage ByCycle.

I have enjoyed being a professor the University of Iowa, in the School of Art & Art History, since 1990.   That year, 1990, I completed my PhD, with my doctoral work and dissertation focused on metaphor and the work of Paul Ricœur, as applied to a philosophical conceptualization of artmaking. As I was headed out into the world I was invited to stay, and to first lead a reconceptualization of Art Education, and then five years later, build a new Studio Art Division.

I had no idea then that much of my career would be in administering the Studio Art Division and would later be conceptualizing a new Division alongside the program for a new studio art building.  But my background is in interpretation, right?!

In my role as Director, I set, side by side, my passion for riding all the bikes I build, teaching students to build their own bikes while leading an exceptional team of 16 staff and 30+ faculty as we teach 500 undergraduate majors and 70 graduate students, pursuing MFAs and PhDs.

Combining an MA in Sculpture (Iowa) and a PhD in philosophical interpretation (Iowa) has landed me in a curious place. The bicycle.

In 2010 I created a handmade bicycle curriculum, teaching Fabrication and Design: Hand Built Bicycle I, II and III.  Purposeful exploration is the essential condition for teaching, and for learning, skills, concepts and tools including welding, modeling, design, fabrication, aesthetics, and materials. And what can be more purposeful than building a bicycle you can have for the rest of your life?! The University of Iowa Handmade Bicycle Program is comprised of art and engineering majors and has annually exhibited at the North American Handmade Bike Show, and Bespoked International.

My creative work weds my background in the philosophy of metaphor and interpretation with the creation of bicycles I design, build and then ride in 24-hour to multi-day endurance events and exhibit. When I build a bicycle, be it for the Iditarod Trail (2019), the Flint Hills of Kansas, the Arrowhead region of Minnesota in winter, I match up knowledge of a bicycle and the place.

My current projects are, Design, Build, Ride: Iceland;  Ride All The Bikes – an exhibition of bikes and drawings;  and The Bicycle Studio Project - taking the concept of the Iowa Idea Bike Studio to other universities and grow the concept nationally. 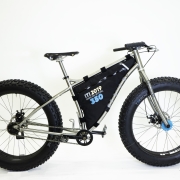 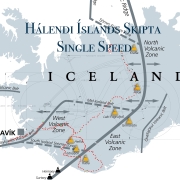