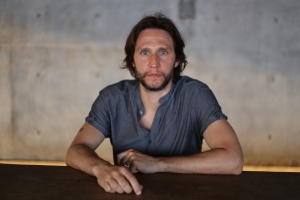 Tony Orrico’s work has reached mass circulation for its ingenuity within the intersections of performance and drawing. His work explores how consciousness and physical impulses manifest into visible forms. He often uses his own somatic research, Suspension Practice, as point of entry into his visual work. Orrico has performed/exhibited his work across the US and internationally in Australia, Belgium, China, Denmark, France, Germany, Greece, Mexico, The Netherlands, Poland, and Spain. His visual work is in collection at of The National Academy of Sciences (Washington DC) and Museo Universitario de Arte Contemporáneo (MUAC, Mexico City) as well as prominent private collections such as Grazyna Kulczyk, Kablanc/Fundación Otazu and Bergmeier/Kunstsaele, among others. He has presented at the CCCB, Centre Pompidou-Metz, The New Museum, Cranbrook Art Museum and Poptech 2011: The World Rebalancing. Orrico was one of a select group of artists to re-perform the work of Marina Abramovic during her retrospective at MoMA (2010). As a former member of Trisha Brown Dance Company and Shen Wei Dance Arts, Orrico has graced such stages as the Sydney Opera House, Teatro La Fenice, New York State Theater, and Theatre du Palais-Royal. 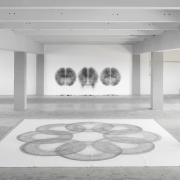 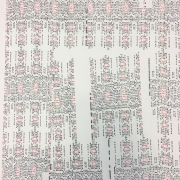 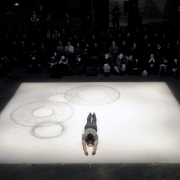 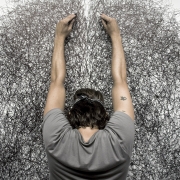 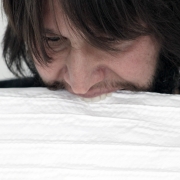 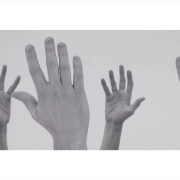 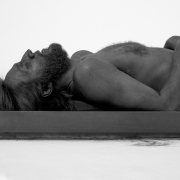 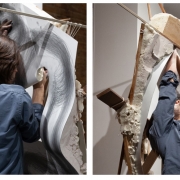 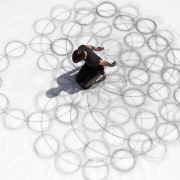 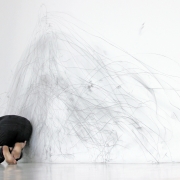