The innovative "Iowa Idea" of bringing artists and scholars together in an academic context was first formulated in the 1920s by University of Iowa President Walter Jessup and Graduate Dean Carl Seashore. The goal was to bring major practicing artists to the faculty and combine Art History and Studio Art into one school. In 1938, Lester Longman, the first chair of the Department of Art, brought art history and studio art into one department. The “Iowa Idea,” which subsequently became the model for many arts programs around the nation, was to train artists within a liberal arts environment that would combine studio courses in the practice of art with the history and theory of art. The historians, in turn, would benefit not only from the experience of studio courses but also from their proximity to the creative processes of art production. This was the historic mission of Iowa’s School of Art & Art History.

The School of Art & Art History has remained true to its historic mission even as the national trend favored separation. This tradition has endured to the present, with consistently top-ranked programs. In addition, the UI famously pioneered the embrace of artistic achievement as grounds for advanced degrees. In 1922, the university established that works of music, visual arts, or literature could fulfill the thesis requirements for a master’s degree—a revolutionary move. Soon, the Master of Fine Arts (MFA) degree became the standard for graduate study in the arts. Exactly who invented the MFA—the UI or Yale—is open to debate, but Iowa holds an indisputable place in the history of arts education. 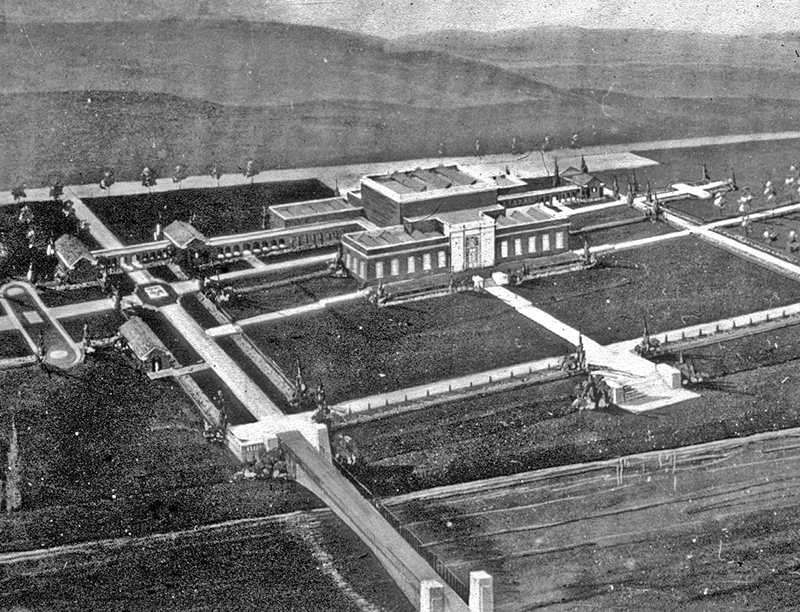 Preliminary drawing of the 1935 art building.