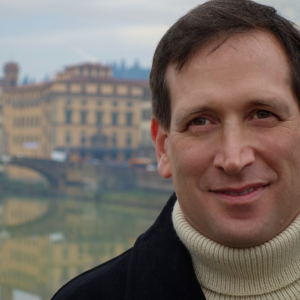 Daniel Wallace Maze grew up on the Upper West Side of Manhattan and majored in Philosophy at Williams College in Massachusetts. He completed his Masters and Ph.D. in the History of Renaissance Art at UCLA in 2013. That year his article “Giovanni Bellini: Birth, Parentage, and Independence" in Renaissance Quarterly was runner-up for the Harvard University/Villa I Tatti Prize for Best Published Essay by a Junior Scholar. He held the Samuel H. Kress Pre-Doctoral Fellowship in the History of Art at the Kunsthistorisches Institut in Florence from 2011-2013, a Fulbright Scholarship in the History of Art at the University of York from 2016-17, and the Barbara Thom Postdoctoral Fellowship at the Huntington from 2017-2018. His research has also been supported by fellowships from the Mellon Foundation, the American Council of Learned Societies, the National Endowment of the Humanities, and the Delmas Foundation. His current book project, Young Bellini, is a radical revisionist history of the early life and work of Giovanni Bellini, who is generally regarded as the greatest artist of fifteenth-century Venice.